Ski slope Stratofana, well known as Olimpia delle Tofane, is one of the most beautiful and famous ski slopes in Italy.

It owes its name to the 1956 Winter Olympics when it hosted the men’s Alpine skiing race which was won by the Austrian Toni Sailer.

Every January since 1993 the women battle it out on this slope in the World Cup races but on 2020 here will be hosted the World Cup Finals.

It will be one of the key slopes in the Alpine Ski World Championships, scheduled to be held in Cortina d’Ampezzo in 2021, and the ladies’ Alpine skiing competition will be contested here during the Milan-Cortina 2026 Winter Olympics.

Many athletes on the international circuit have a soft spot for Olimpia delle Tofane, including our own Sofia Goggia, the US athlete Lindsey Vonn and the Austrian Renate Goetschel.

Come down with us on the ski slope!

ISTA S.p.A. All Rights Reserved © 2018 > :::::: Web Site By M.WEB Internet Solutions
Manage Cookie Consent
To provide the best experiences, we use technologies like cookies to store and/or access device information. Consenting to these technologies will allow us to process data such as browsing behavior or unique IDs on this site. Not consenting or withdrawing consent, may adversely affect certain features and functions.
Manage options Manage services Manage vendors Read more about these purposes
View preferences
{title} {title} {title} 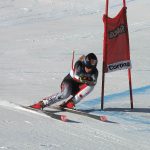 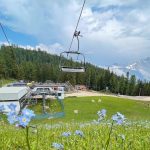